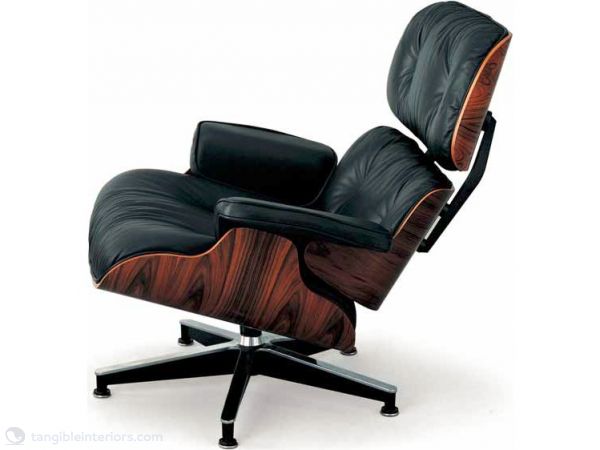 Download PDF Request Information About This Product Email to a Friend

Designed in 1955-1956 by Charles and Ray Eames. This lounge chair with Ottoman is, certainly, not only the best known chair of Charles and Ray Eames but also one of the most famous modern lounge chairs. Furthermore, it has the well-earned reputation of being one of the most luxurious and comfortable of all modern chairs. It represents a notable contribution of the Eames toward the mid-twentieth-century trend in design away from the austere geometrical forms of early modern design toward sculptural, organic forms. The striking five pronged base of black aluminium with polished top surfaces was the first cast aluminum base designed by Eames. It is one of the most distinctive features of this chair.